On Friday morning the entire Elektrina team gathered at King of the Hill (Kraljev hrib). Our enthusiastic cyclists, wearing their Elektrina cycling jerseys, took to the asphalted surfaces, while the others went on a real safari along the Kamniška Bistrica valley to the Koželjeva Trail. A few members of the team, who decided to save energy with a military campaign at the paintball range, arrived later on four wheels.

We avoided the afternoon sun and treated ourselves to a real feast, recovering our strength. There was no shortage of ping-pong, or table football. With bows and arrows we practiced our archery, and we even hit a few targets.

And then it began...

Armed to the teeth, we occupied the paintball range and settled old accounts. We fired off more than 3,000 rounds. And most of the shots fired were direct hits.

It was a magnificent day. 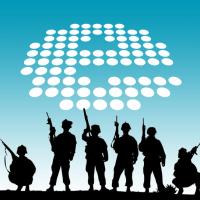